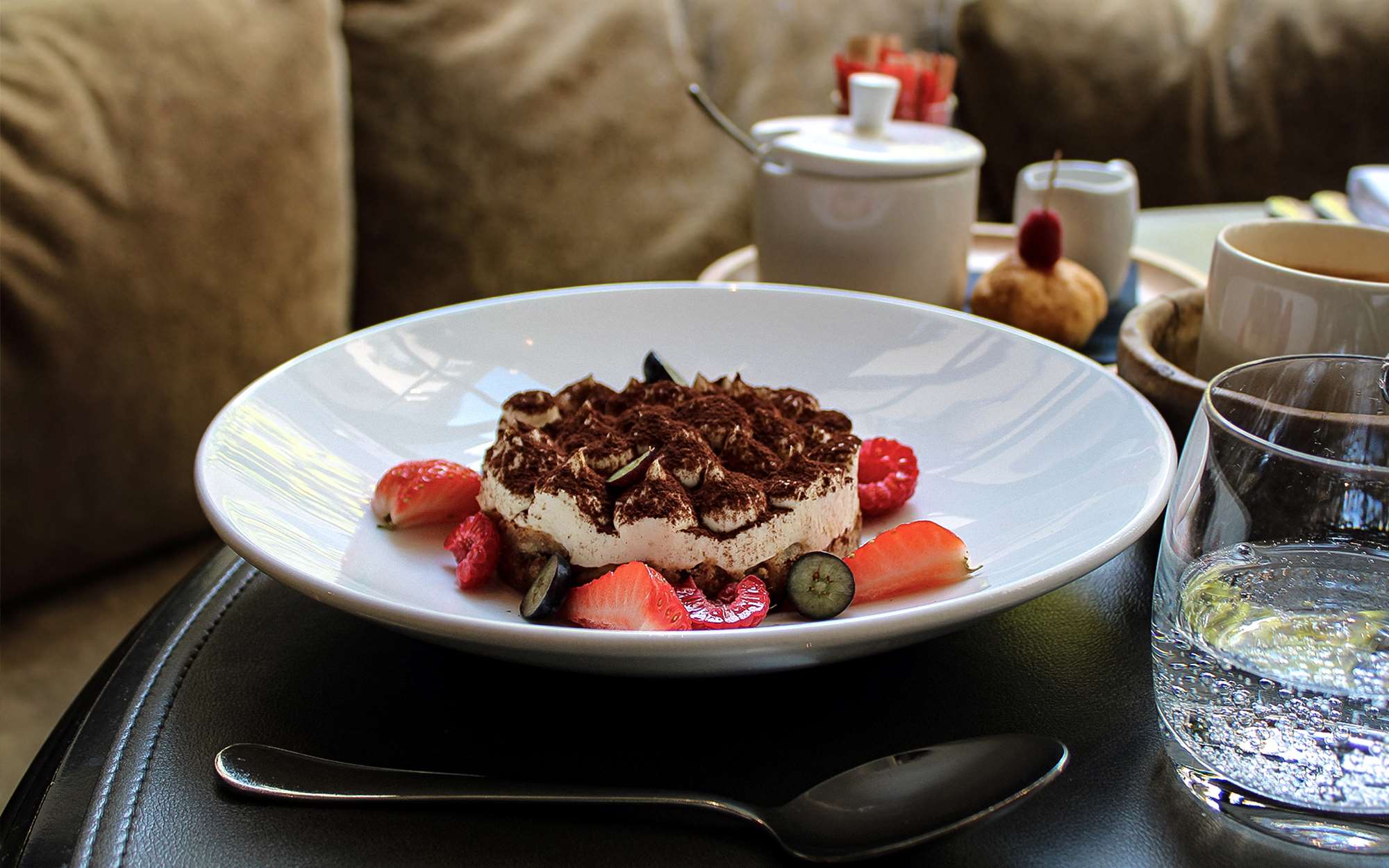 It’s easy to talk about tiramisù. Who does not know him? Who have never tasted it? But who would know who his inventor was?

Its current name derives from the Venetian dialect and is now considered a typical dessert of this region, but other regions are competing to be proclamed place of origin of this cake: first of all, Friuli Venezia Giulia, Piedmont and Tuscany. There are several legends about the birth of the tiramisu, who claims that it was conceived in Piedmont by a Turinese chef to support Camillo Benso Count of Cavour while performing his work of Italy ‘s reunification;

The inhabitants of Tolmezzo say that the controversial dessert was invented in the hotel Roma managed by Norma Pielli, together with her husband Giuseppe Beppino Del Fabbro. In the restaurant of the hotel was served the “Dolce Torino” by the chef Artusi, based on Savoyards, butter, chocolate, egg red, milk and it was Mrs. Pielli in 1951 to decide to change it by replacing mascarpone with butter and soaking savoiardi in coffee.

According to the inhabitants of Pieris in the province of Gorizia, the story of the tiramisu was written by Mario Consolo, inventor of the “Vetturino“, a cake with chocolate and zabaglione, whose recipe was proposed since the 1940s and which was even recorded in front of a notary.

THE ORIGIN OF THE NAME

But why is the tiramisu so called? There are many stories circulating about the name of this cake, the only certainty is that it is a word derived from the Venetian dialect “Tirame su” (later Italianate tiramisu). As explains the historian Giorgio Fantin Treviso, the present name seems to date back to the custom of serving this delicious cake as a present in some brothels in the region. Thanks to that mix of energizing ingredients which has always characterized this cake and give his rejuvenating and aphrodisiac properties.

Did you know that in Friuli Venezia Giulia hold a Guinness World Records related to this delicious dessert? Yes, because in Gemona del Friuli, in the province of Udine, they love so much the tiramisù that they have realized the largest Tiramisu in the world: 3015 kg of taste!

FAMOUS IN THE WORLD

So many words of our cuisine have become so famous and recognized to be become international: pasta, pizza, cappuccino, espresso, spaghetti… and even today tiramisu.

The Italian Academy of Crusca has in fact certified that the term tiramisu is now officially present at international level as “gastronomic italianism” in 23 different languages. So famous to appear in songs and movies and with over one million monthly web searches, it’s one of the most researched Italian terms on the web.

·        Mix together the egg whites, the egg yolks and the mascarpone.

·        In a tray, put the biscuits and continue with the cream. Garnish with the cocoa powder. 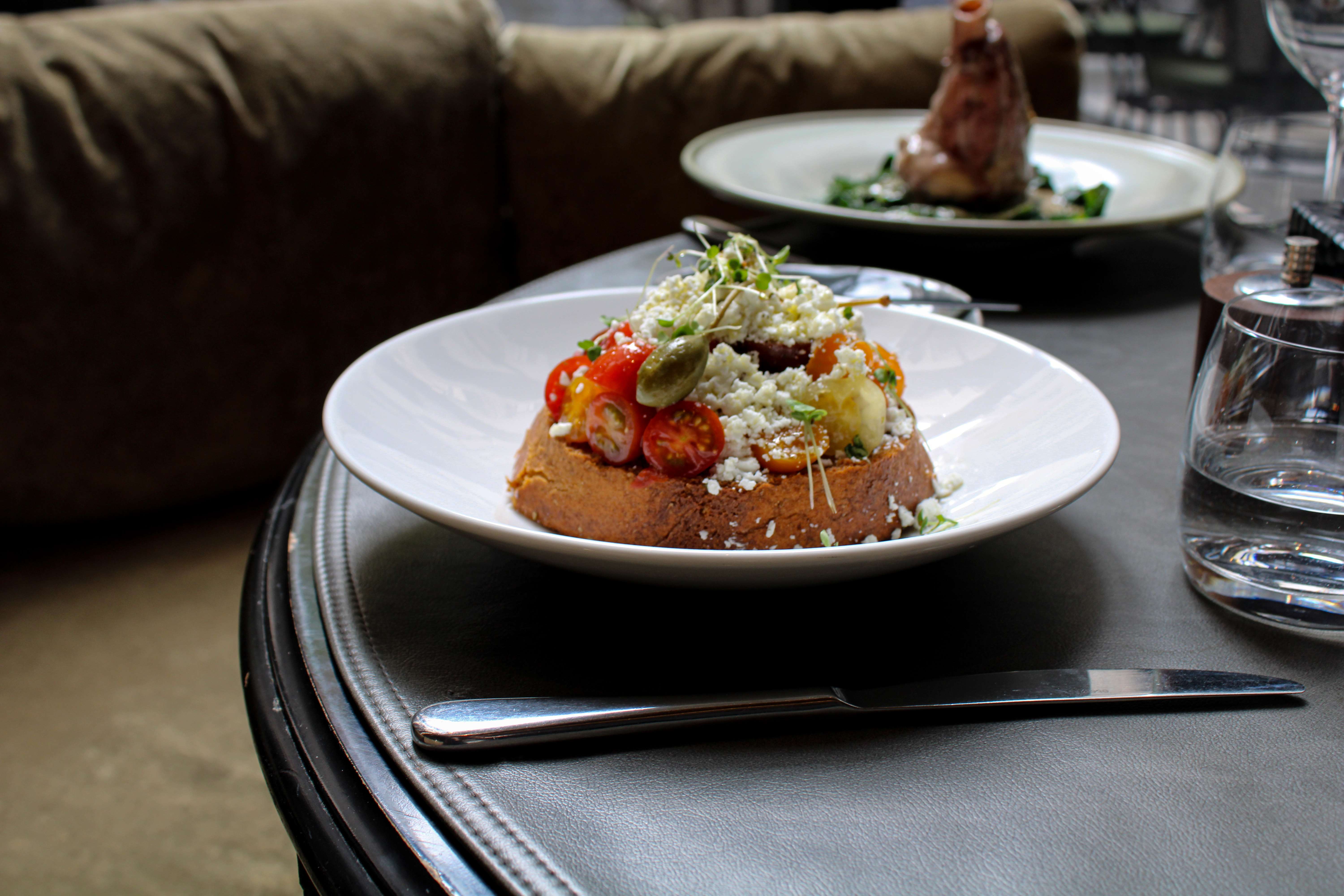 A traditional salad, reminding our chef on his childhood, from the island of Crete. Super simple to make it consists of a Cretan barley rusk topped with juicy tomatoes, cheese and olive oil. A guaranteed crowd pleaser, all you need is a few great quality ingredients for delicious Greek. Tasty and easy to make a Cretan Dakos salad

Cretan dakos, also known as ntakos, is a much loved traditional Greek Cretan salad. It is often served as a salad, light meal or in bite-sized appetizers called meze. The base of this dakos salad is a dry barley rusk known as paximadia in Greek. The rusk is topped with the freshest ingredients. Starting with juicy local tomatoes, high-quality extra virgin olive oil, and Greek mizithra cheese. A sprinkling in dried oregano and Kalamata olives bring out the bright and delightful flavors.

Of all the different foods we tried in Crete, one we loved and kept coming back to was the Cretan salad or dakos. What we loved the most about it was the simplicity, fresh ingredients and incredible flavors. Cretans are known for their friendliness and hospitality and our Airbnb host was no exception. When we arrived in Chania, the first thing we were welcomed with was a plate of delicious Cretan dakos.

The bread we use is typically baked twice until all the moisture has been absorbed. In Crete, barley flour is the traditional flour used for Cretan dakos. The dry barley rusks used to prepare Cretan dakos are as hard as nails. You have to be careful not to break your teeth. Before eating them, the ntakos need to be softened up. This is typically done by wetting the rusk with water. Barley flour is rich in fiber, packed with vitamins and nutrients. It helps with better intestinal and liver function and contains less gluten than wheat.

·        Create the flavored water by mixing water, vinegar, olive oil and some salt. 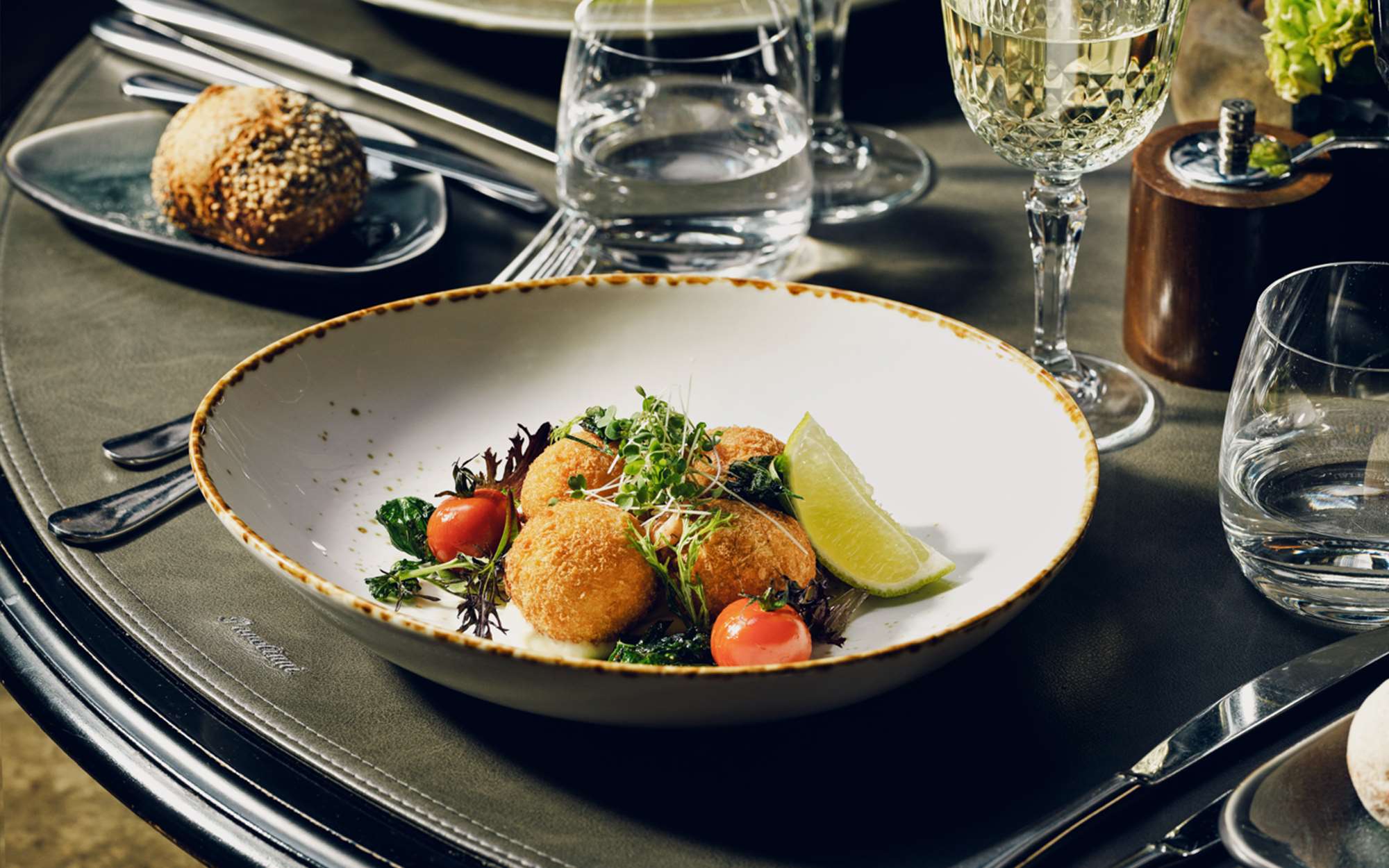 It is claimed that the croquette originated in France and that in 1898 Monsieur Auguste Escoffier, the founder of the classical French Cuisine, together with the help of a certain Monsieur Philias Gilbert started to write down the recipe. With that, the classical formulation and procedures were in place.

Now, as you and I may well suspect, the fact that Auguste (Escoffier) wrote it down does not necessary mean that he actually invented the croquette at all! It could well have been a farmer’s daughter, who wanted to re-use the previous day’s left-overs, by deciding to form a cylinder or ball out of the left over stew, rolling it through egg and breading it, and then accidently dropped in a pan of hot oil.

What we do know, is that Auguste Escoffiers’ chefs started to travel around, and in doing so, spread the recipe around the world. Every country then adjusted the original recipe with ingredients from their own culture. And so the original croquette took on all kinds of different shapes and flavours such as salmon croquettes, shrimp, chicken, jambon, vegetarian croquettes just to name a few.

Just so happened with this recipe when our chef combined several recipes, he was thought through his several experiences in other restaurants. This in order to create his ideal well-balanced recipe which offers an nice balance between taste, texture and flavour.

·        Start to make the roux by melting the butter and add while stirring the flour.

·        Place the gelatine in luke-warm water and squeeze out when getting soft.

·        Add the grey shrimp and place in recipient covers with thin layer of plastic foil.

·        What we loved the most about it was the simplicity, fresh ingredients and incredible flavors. 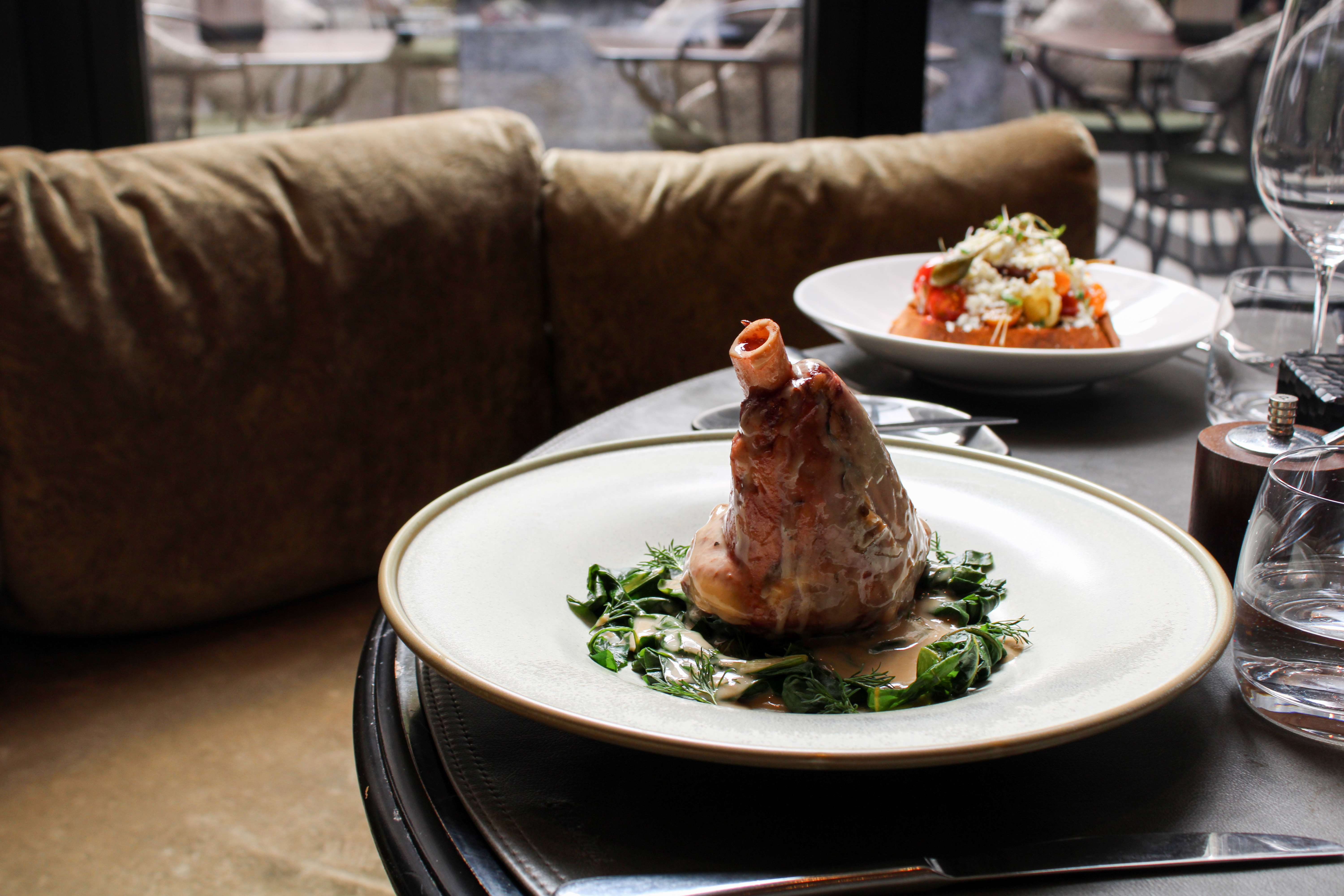 Avgolemono (egg-lemon sauce) is a delicious Greek sauce which is widely used in a variety of Greek dishes, from meatball soup, chicken soup, to Greek-style fricassee, stuffed cabbage rolls and the list goes on. This Greek Avgolemono recipe is so versatile that it can be used with almost everything! Egg lemon sauce (Avgolemono) is the secret ingredient to finish off all these Greek dishes, as it acts as a thickening agent, giving a unique taste, creamy texture and a nice, tangy homely flavour.

To make the traditional Avgolemono recipe (egg lemon sauce) you will need 2-3 eggs (at room temperature), the juice of 2-3 lemons (depending on how lemony you want tour sauce to taste) and some broth.

Some tips for the perfect egg-lemon sauce (Avgolemono)

Once start to prepare this Avgolemono recipe make sure that the eggs are at room temperature, so that they are not shocked and curdle from the hot broth.The stock or soup should be warm but not boiling hot. When you are done cooking your stock or soup remove the pan from the stove and let it cool for 5-10 minutes or add 1/2 a cup of cold water to halt the boiling process. You need to add enough broth so that the egg mixture is at the same temperature as the broth of dish you are preparing.The egg whites are more likely to curdle, as they tend to thicken up more quickly than the egg yolks when warmed so be sure to whisk vigorously and add the broth slowly.

·        Once the meat is ready, remove it from the pot and recover the juices

·        Start the sauce by beating the egg yolks with the lemon juice.

This website uses Cookies. Cookies are temporary files on your PC or mobile device, making the website work more efficiently for you and for us. It gives us insight into the use of the website and makes it more user-friendly. In addition, we and third parties can show you relevant advertising and share information via social media.

You can select and accept your cookie preferences below.